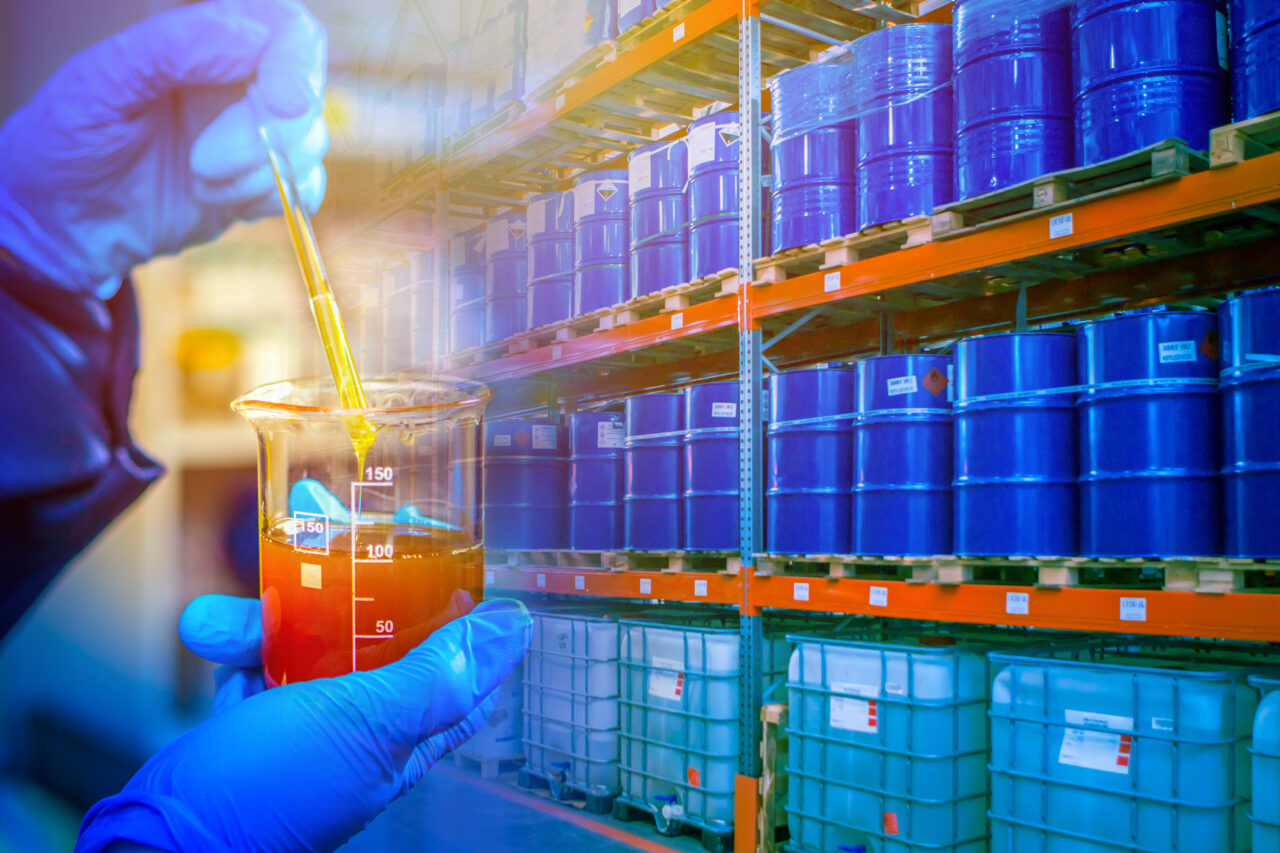 PFAS chemicals, litigation and settlements have received considerable attention during the past several years – everywhere it seems except within the structured settlement and settlement planning markets. What are PFAS chemicals and why should they matter to members of NSSTA, AASC and SSP?

Per- and polyfluoroalkyl substances (PFASs), also known as “forever chemicals”, are a group of man-made chemicals that are both bioaccumulative and biopersistent. The most highly publicized forever chemicals are perfluorosulfonic acids such as perfluorooctanesulfonic acid (PFOS) and perfluorocarboxylic acids such as perfluorooctanoic acid (PFOA).  The EPA maintains a database that lists over 10,000 PFAS.

For many years, corporations like 3M and DuPont utilized PFASs (specifically PFOA) as catalysts in the manufacturing of products such as Scotchguard and Teflon as well as other consumer products. In many cases the waste from PFOA was negligently dumped into landfills and ended up in drinking water.

This increased PFAS litigation has resulted in large settlements causing some insurers to dispute coverage under general liability policies arguing that “pollution” exclusions, when they exist, are applicable. Other exclusions may also be applicable depending upon the policy, policy year and legal jurisdiction related to any particular dispute. This article provides additional information about PFAS insurance exclusions.

These “forever chemicals” were virtually unknown to both the general public and most of the scientific community for many years. The primary reasons: a complete lack of regulation plus a failure to disclose by their manufacturers including 3M and DuPont.

Credit for increasing public awareness as well as PFAS legislation, regulation and litigation is largely due to one individual: Robert Bilott, a Cincinnati attorney now  famous as a result of his 20 plus year PFOA legal battle with DuPont.

Bilott was featured in a 2016 New Times Magazine cover article titled The Lawyer Who Became DuPont’s Worst Nightmare. His story was also the subject of Dark Waters, a 2019 Hollywood thriller starring Mark Ruffalo as Bilott. His most recent PFAS lawsuit with DuPont resulted in a $4 billion class action settlement.

Today, filtered online searches for terms such as “forever chemicals,” “PFAS,” and “PFOA,” result in numerous Wikipedia links and significant additional information about these and related topics including scientific studies, regulatory initiatives, litigation and settlements.

The best introduction, however, for structured settlement and settlement planning professionals interested in understanding the legal and scientific history and scope of the massive PFOA pollution problem, and the most interesting, is Robert Bilott’s own remarkable book (Exposure: Poisoned Water, Corporate Greed, and One Lawyer’s 20-Year Battle with DuPont).

Bilott’s book is the basis for the movie “Dark Waters” and, like the movie, the book is entertaining – a legal mystery similar to stories made famous by Erin Brokovich and Karen Silkwood.

During his 20 plus year battle with DuPont, Bilott discovered a “terrible truth” that had been successfully buried for years – “with complex legal, scientific and regulatory systems designed to obscure the truth with billions of dollars and human lives at stake and powerful corporations that … fight viciously to keep it hidden.”

That “truth”, which the book details to a degree the movie cannot, is that DuPont knowingly polluted the drinking water of surrounding communities in West Virginia and Ohio with a cancer-causing chemical (PFOA) and produced a product (Teflon) that was sold world-wide capable of emitting the same toxic chemical.

The book begins with a 1998 telephone call Bilott receives from Earl Tennant, a farmer in Parkersburg, West Virginia. Tennant’s cattle had been dying from unknown causes. State and federal regulators refused to help. DuPont, Parkersburg’s largest employer, which owned a “non-hazardous waste” disposal adjacent to Tennant’s farm, had given him “slippery responses.”

Bilott, a newly named partner in the environmental section of a large Cincinnati law firm, had previously only defended chemical companies. His firm had never accepted a contingent fee plaintiff case. He only agrees to meet with Tennant and Tennant’s wife because they know Bilott’s grandmother.

The unlikely and dramatic 20-year story that follows becomes increasingly compelling with Bilott sharing the severe personal, family, and professional sacrifices and challenges events impose along with his legal victories, setbacks and innovative strategies.

As the story progresses, here are some of the “big picture” issues Bilott encounters and must address:

During this struggle, Bilott and his clients are always outnumbered by DuPont’s legal, scientific and public relations resources. They are continually subjected to DuPont’s underhanded tactics as well as the animosity of many local citizens who view DuPont, at least initially, not as polluters but rather as the largest area employer and therefore as their economic lifeblood.

Offering a personal, insider’s look at a complex class action lawsuit, the book makes what might otherwise seem dull interesting and educational – even exciting. Years of discovery play out like a chess match. Continuing DuPont tactical delays eventually result in a critical error whereby DuPont waives legal privilege. Bilott’s meticulous review of hundreds of thousands of discovery documents finally produces the essential “needle in a haystack.”

A Unique Tort and Settlement Solution

Included in their legal education, readers learn about “medical monitoring”, a common law tort unique to West Virginia, which becomes the critical focus of Bilott’s strategy against Dupont. Medical monitoring required a lower burden of proof (simple negligence) as opposed to proving DuPont’s specific intent to do wrong or DuPont’s conscious awareness they had been doing so. Recovery for medical monitoring granted free medical testing instead of traditional dollar damages.

Following a preliminary courtroom victory, Bilott proposed, and DuPont agreed to, a settlement which included “something that had never been done before”: creation of a “Science Panel” of independent experts to confirm and document what PFOA could do to the drinking water of class members.

The Science Panel has its own drama and delays and ultimately is followed by a Medical Panel and additional litigation against DuPont with its army of corporate attorneys. Victory never seems assured until the final pages of the book when Bilott and his co-counsel successfully pull off a last-minute court room surprise reminiscent of “Perry Mason.”

The book ends in 2018 by which time Bilott was already receiving awards and recognition in addition to his share of the legal fees from two PFOA settlements with DuPont: an initial 2005 medical monitoring class action settlement valued at $85 million plus a related 2016 settlement of 3500 personal injury lawsuits for $670.7 million.

In addition to paying those two settlements, the first of which included the design, procurement and installation of state of the art water treatment technology for all contaminated drinking water sources related to Bilott’s original community class of 70,000 individuals, DuPont was ultimately required to permanently maintain the water treatment facilities.

DuPont also paid a $10.25M fine to the Environmental Protection Agency (EPA) in 2006 for failure to report early PFOA studies and data when PFOA was still not a regulated chemical. Bilott’s book makes clear, however, the EPA was itself at fault for its failure and delays in investigating and regulating PFAS chemicals.

And in 2021, following publication of Bilott’s book, Dupont and two of its corporate spinoffs (Chemours and Corteva), settled an additional PFAS lawsuit for $4 billion in which Bilott served as co-counsel for the plaintiffs.

Robert Bilott’s story is frightening. PFAS chemicals represent a continuing worldwide problem. PFAS chemicals are toxic. They are “forever chemicals” – both bioaccumulative and biopersistent. Ninety-nine (99%) of Americans have PFOA in our blood.

Robert Bilott’s story is also inspirational and challenging. It demonstrates how one person can make a difference. Structured settlement and settlement planning professionals, individually and collectively, have made, and continue “to make a difference.” Our own story began in the 1960s in Canada with the Thalidomide cases where structured settlement annuities played an innovative and important role in resolving a societal problem – hundreds of tragic birth deformities.

Our industry’s historical genesis and potential applications provide additional reasons why Robert Bilott’s book should resonate with structured settlement and settlement planning professionals. Structured settlement annuities could still play a role in helping to ameliorate continuing environmental pollution problems caused by PFAS and other forever chemicals. Perhaps it’s time for our industry to refocus more innovation efforts on these and other environmental torts.