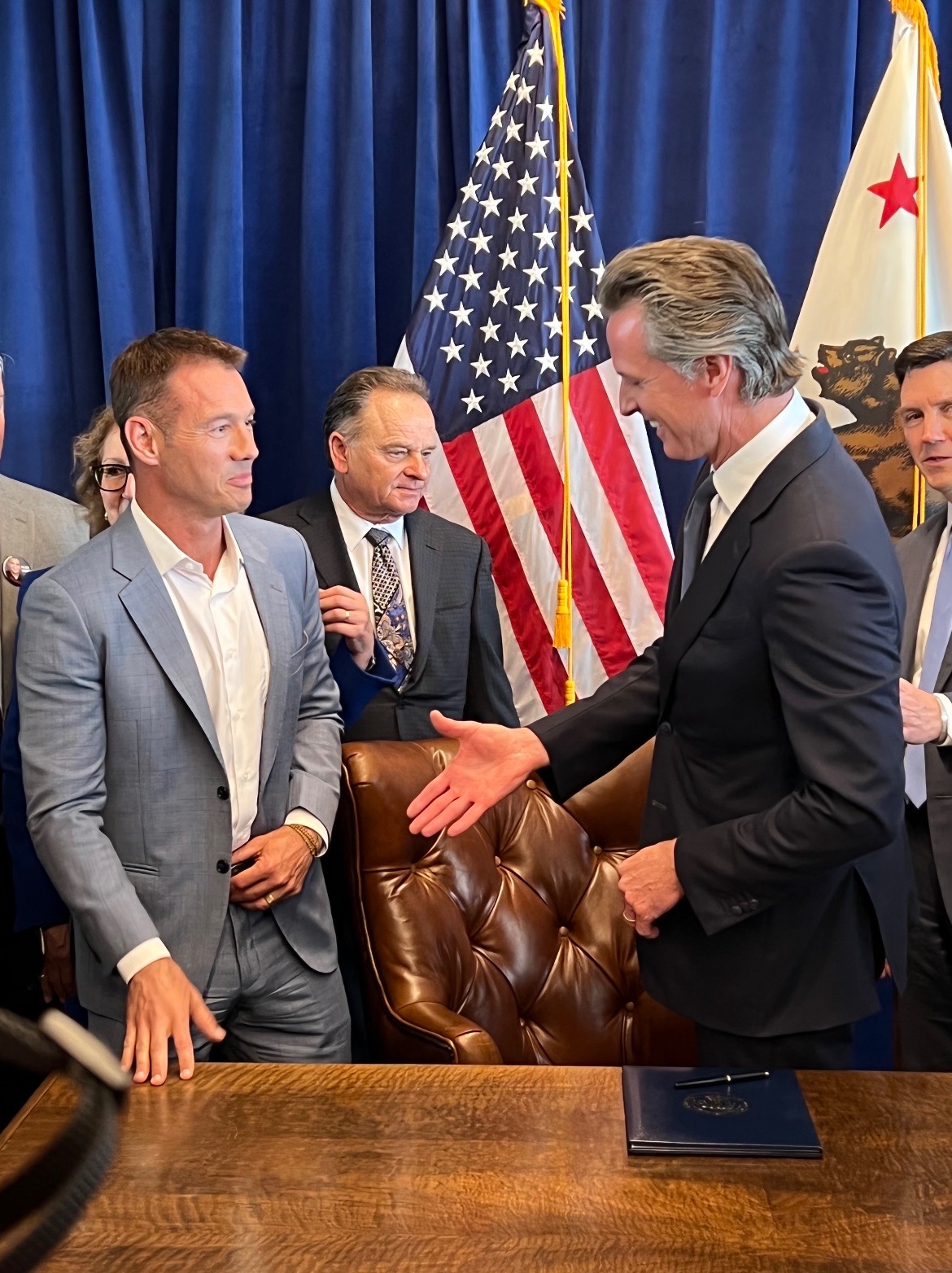 Among its significant changes, AB 35 raises MICRA’s cap on non-economic damages and also restructures and increases MICRA’s limits on plaintiff attorney fees. In addition, AB 35 includes a slight modification to MICRA’s periodic payment of judgment statute which remains mandatory “at the request of either part.”

Praised publicly by representatives of both defendants and plaintiffs, AB 35 represents a political compromise. Both sides see benefits.

Signed into law by Governor Jerry Brown in 1975, supporters of MICRA promoted the legislation as necessary to lower medical malpractice liability insurance premiums and keep healthcare providers financially insolvent.  Doctors in California actually went on strike in support of MICRA.

MICRA was enacted at the beginning of an era of rising interest rates, inflation and medical malpractice verdicts. MICRA also initiated a wave of insurance and defense-led tort reform legislation in other states which occurred in the late 1970s and then again in the late 1980s. This tort reform frequently included periodic payment of judgments.

For the past 45 years, MICRA has proven controversial – and arguably unfair to victims of medical malpractice. Opponents have challenged MICRA on constitutional grounds but the law has been upheld by the California Courts.

Until AB 35 was enacted, multiple legislative attempts to amend MICRA had been defeated as a result of intense lobbying on behalf of a political coalition consisting of doctors, hospitals and insurers.

Former California Governor Jerry Brown, who signed MICRA into law in 1975, summarized the views of many MICRA opponents in 1993 when he wrote the following to argue against using MICRA as a model for national healthcare:

“We have learned a lot about MICRA and the insurance industry in the seventeen years since MICRA was enacted. We have even witnessed another insurance crisis., and found that insurance company avarice, not utilization of the legal system by injured consumers, was responsible for excessive premiums. Saddest of all, MICRA has revealed itself to have an arbitrary and cruel effect upon the victims of malpractice. It has not lowered health care costs, only enriched insurers and placed negligent or incompetent physicians outside the reach of judicial accountability. For these reasons, MICRA cannot and should not be a model for national legislation.”

Nick Rowley and The Fairness for Injured Patients Act

What happened to change the political balance in California resulting in AB 35 and the amendments to MICRA?

Many observers attribute the enactment of AB 35 primarily to attorney Nick Rowley, one of the most successful trial attorneys in the United States. Attorney Rowley was the driving force behind a legislative initiative called “The Fairness for Injured Patients Act .”

As proposed, the “The Fairness for Injured Patients Act” would have effectively dismantled MICRA. Based upon their own political calculations, the defense lobby that previously had supported MICRA decided to negotiate with the resulting compromises contained in AB 35.

Many California-based structured settlement professionals have no working knowledge of the MICRA periodic payment of judgment statute. For one reason, many established plaintiff attorney clients have avoided California medical malpractice cases historically because of the compensation restrictions.

MICRA was the first state periodic payment of judgment statute in the United States when it was enacted in 1975 although the California Supreme Court did not rule it constitutional until 1984. Even so, it had a significant impact on the early history of structured settlements – the United States origin of which also began in California in the mid-1970s.

The statutory history of periodic payment awards in the United States actually dates back to the workers compensation laws beginning in the mid-1800s. Prior to MICRA, and the pioneering work of a few structured settlement professionals, most attorneys and judges assumed that personal injury judgments were required to be paid in a lump sum and lump sum personal injury settlements (as opposed to structured settlements) represented a national standard.

MICRA, and tort reform more generally, helped create publicity for the periodic payment concept and also resulted in the publication of an important article titled “Periodic Payment of Judgments.” Written by Tom Elligett and published in the Insurance Counsel Journal, this article analyzed all of the then existing periodic payment of judgment statutes and represented a valuable educational resource for the nascent structure settlement industry.

Impact of the MICRA Amendments

Based upon discussions with multiple California structured settlement professionals, here are some expected results of the AB 35 MICRA amendments.

The best plaintiff attorneys in California will begin litigating medical malpractice cases. Under the original MICRA statute, many medical malpractice claimants could not get representation. Because of the attorney compensation rules, the risk reward tradeoff was not fair.

Outside of California, the best plaintiff attorneys focus their arguments on the human story and non-economic damages. They mostly waive economic damages which often represent a relatively small amount of total damages in many serious cases.

With pre-amendment MICRA, economic damages represented almost the entire story.  Because of continuing caps, larger medical malpractice cases in California will still be focused on economic damages under the amended MICRA.

The success of the AB 35 MICRA amendment offers a lesson for fighting tort reform: fight it head on. When plaintiff attorneys tried to change MICRA by focusing on other issues it did not work. The MICRA amendments are all about fairness for patients.

The most effective plaintiff political strategy focused on stories about injured patients. Those stories created political fear on the defense side and encouraged them to compromise. The result: a political compromise that ultimately represents a victory for medical malpractice victims and their families.